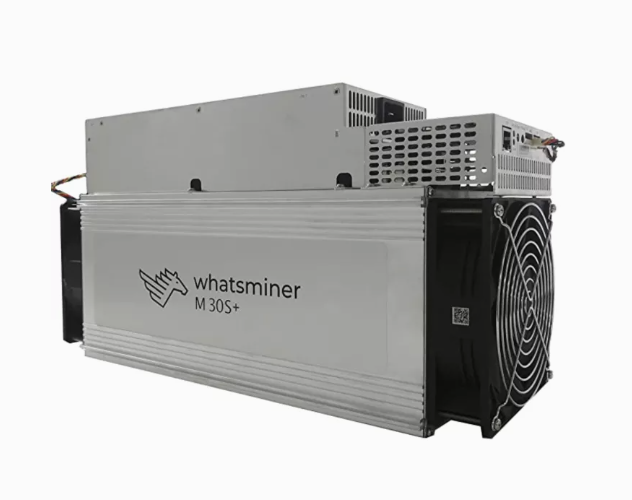 On the morning of April 17th, MicroBT launched the new M30S series of mining machines at the Whatsminer M30 online conference: M30S+ and M30S3++ have a single computing power of 110T, power consumption of 34J/T+ and a single computing power of 112T, power consumption respectively. 31J/T. Microbit also became the second company after Bitmain to release 100 T computing power mining machines.
The M30S series products released this time are an upgraded version of the M30. Its M30 mining machine was launched in December 2019. This model achieves a power consumption ratio of 38 J/T and a computing power of 88 T.
The purpose of the new machine released by Bitmicro this time is to squeeze out the Bitmain S19 series and sit on the throne of the "Machine King". The computing power of M30S+ is the same as that of S19 PRO, and the power consumption is slightly higher than that of S19 PRO, while the computing power of M30S++ reaches the current highest 112T. However, compared with the previous price of the M30 mining machine, the new mining machine released this time, Whatsminer has given up the previous cost performance to a certain extent. The spot price of the Whatsminer M30S++ is RMB 29,209.6 per unit, and the export price for overseas customers is $3,899.84 each. The spot price of Whatsminer M30S+ is RMB 20,530 per unit, and the price for export to overseas customers is USD 2,740 per unit. . Compared with the newly released ant mining machine, the price of the Bitmain ant mining machine S19 Pro 110T is 20,770 yuan, and the price of the S19 95T is 15,495 yuan. Whether the market will accept this price is also unknown
Of course, there is a reason for being expensive. At the press conference, MicroBT also announced that it would expand the M30S series to three 3X products. In the new 3X standard, MicroBT promises a 1-year warranty period for its series of products, and the current miners on the market promise a half-year warranty period. MicroBT said that in the face of halving and the extension of the life cycle of mining machines, new standards have become an inevitable requirement. The first 1-year warranty in the industry not only implements the concept of customer first with practical actions, but also marks MicroBT's confidence in the excellent quality of its products
At present, Whatsminer's flagship M30S ranks third in the revenue list.

In addition, BTW COO Chen Jianbing also demonstrated the development of the company in the past three years.

In 2017, MicroBT launched the first generation of M1/M3 products and achieved sales of 90,000 units that year, accounting for 7.2% of the total network computing power at the end of the year;

After the accumulation of the first two years in 2019, the M20 series, the third-generation product launched in May, achieved rapid growth, with annual sales reaching 600,000 units, accounting for 35% of the computing power of the entire network at the end of the year.
After reading the relevant introduction about the Whatsminer M30S+ mining machine, are you excited? The current currency price is gradually recovering. After the output is halved, the mining market will be in the era of large computing power. Only miners with a computing power of more than 100T can reduce the impact of the mining farm’s currency price fluctuations. 61BTC specially provides small and medium-sized miners with: Coin Loans, mining machine mortgages, down payment installments and other modes to purchase mining machines
Applicable algorithm: SHA256
Hashrate: 112.00 TH/s
Official power consumption: 3472W
Energy efficiency ratio: 31.00 W/T